Novice Successfully Deploys a Shared Storage Device for About 100 Bucks

Over the holiday break I built a shared Network Attached Storage (NAS) device costing about $100.

What is this and why should I consider doing it too?
The What: A NAS is cheap way to add storage to your network that you can access from most devices.
The Why. A NAS:
Details
I bought a raspberry pi 4B (a bare-bones desktop PC that is about the size of an deck of cards), and some old hard drives that I had hanging around. This YouTube tutorial (How To Install OpenMediaVault 5 on a Raspberry Pi) provided me with step by step directions on how to set it up and get it working on my home network.
https://youtu.be/4aBbrdrurYw

Time: about a day total, spread out over a few days. (probably less if you have experience)
Level of Difficulty: Medium
Issues I Ran Into: 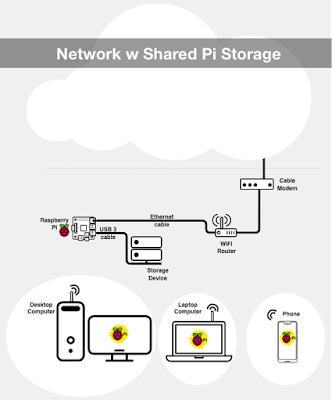 Final Thoughts
Would I do it again/ recommend it to a friend? -Yes! Just know up front that there will be obstacles that you’ll need to overcome.
Have you tried this too? How was your experience? Let me know down in the comments.