I have been thinking lately how we're in an interesting time as far as technology goes.
An amazing amount of change has happened in the past 10-15 years. Give it some thought. Remember how households would have the same stereo and TV for decades? 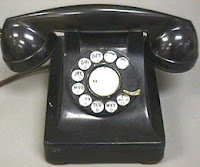 The older among us probably remember how it was a big deal to have 2 TVs and/or 2 phones in the house. It seems absurd now, to think of that. It seems so quaint. Things move so fast now that laptops and phones become outdated in a couple years or even a matter of months. Looking back at those old days, the technology moved at a snail's pace compared to today.

I don't know about you, but in that period of time, I went from having a wall phone and one shared clunky desktop computer with a giant monitor, decade-old TV, modem, and an analog stereo, and film SLR camera...
...to: 2 HDTVs, a google TV box, 2 hi-speed WiFi networks, 5 smart phones, 4 iPods, 4 laptops, 4 desktops, 4 digital cameras, 2 HDTVs, 3 old TVs, 2 clock radios, 3 gaming consoles, 2 iPod docking portable stereos, and on and on. Sometimes when I stumble into my living room in the middle of the night, when the lights are out, the array of red, blue and green LED lights is impressive. Just freaky/ the amount of gadgetry!


Atypical
I don't think I am typical of all Americans/ I know I'm not. But I know a lot of folks who have a lot more technology than I do. My household doesn't have iPads, or tablets, Kindles or Nooks; at least not yet.


gdgt.com
I like to think that I have less "stuff" than I did 15 years ago, but after playing on this site called GDGT, I'm not so sure. The site encouraged me to create a list of gadgets, and I was surprised at how many things I had on there, and still,  My list grows and grows. The idea of GDGT is that you can look at or participate in conversations about the actual gadgets and devices that you own. It's pretty cool actually. You can find out about camera firmware updates, device upgrades, issues people are having, work-arounds, experiences, and stuff like that.

My android phone is only 2 years old, but that makes it pretty much a dinosaur. It is a smart phone and it works fine, but I know that 2 years old is really old for a phone. They're not designed to last much longer than that. I'm on borrowed time with the phone. It is acting funny since I spilled coffee on it a couple months back, but still does phone stuff just fine.


Wall Phone
I don't even have a functional house phone. Back in 2009, we cut that expense out and we rely only on our cell phones now. We were only getting calls from politicians and telemarketers, so we didn't feel the need to pay to keep in touch with those folks. My camera is even older. It was a high-featured DSLR camera when I bought it 5 years ago, but since then the prices have dropped and the features and quality have vastly increased. Plus, the new DSLR can shoot HD-movies. My DSLR doesn't even dream about that!


Point-and-Shoot Digital Camera
I have a little point-and-shoot camera but it is just slightly better than the camera on my phone. So it is tough to keep the batteries charged to take that camera out. And then there is remembering to carry an extra device when the phone cameras have gotten so good. 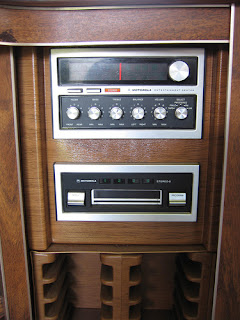 I'm going to try to identify the worst gadget purchase of my life. I would have to say it was a Mac SE, back in the day. I bought the thing and within 3 months, they rolled out the next generation of Mac, instantly depreciating the value of the computer I just bought. Don't get me wrong; I loved that thing, but I paid top dollar when I should have researched it more and known not to buy until the next model came out.
A close second would be a lovely Fisher hi-fi set. It was not terribly expensive, but it tried to do too much, and was horrible at everything.

What About You?
Have you noticed a similar shift in gadgets? Let me know in the comments what your experience is and how current you tend to be with them. Are you an early adopter? What was your best success?
What was your worst purchase? Let's hear it!