In the previous blog posting of Analog to Digital, I discussed the two centuries worth of printing progress and technical evolution I have seen in my less-than-2-centuries of living on Earth.
This time, I'd like to focus on the immense evolution of telephone service I have seen in my lifetime.
The Time Before Land
When I was five years old, my family moved from urban Detroit to rural Pennsylvania. In many ways, it was like moving back in time. Interstate 80 had recently been built through the area and was a pivotal event that speed-ed up the slow pace of change in the area. But speed-ed it from a snails pace to a turtle's sprint (still not too fast.) Everything from the way business was conducted, to design to attitudes toward anything new and/or different than the proverbial "old way" was, compared to what I knew or experienced in Detroit, slow and backwards.
Over the thirty years I lived in the Bloomsburg area of Pennsylvania things did change a lot. Walmart and shopping malls arrived. Eventually cable television and the internet arrived and arguably did the most toward bringing access of new ideas and modern goods and technology to the area. All that said, change is still slow and attitudes don't change overnight. I think it is partly due to how remote the area was, and how hard people had to try just to get by and survive, that the people that did survive had to be wary of new things and stick to the tried and true, or regret it. Change was slow there and, historically, the safe folks likely survived more than those taking chances on "new" ideas. 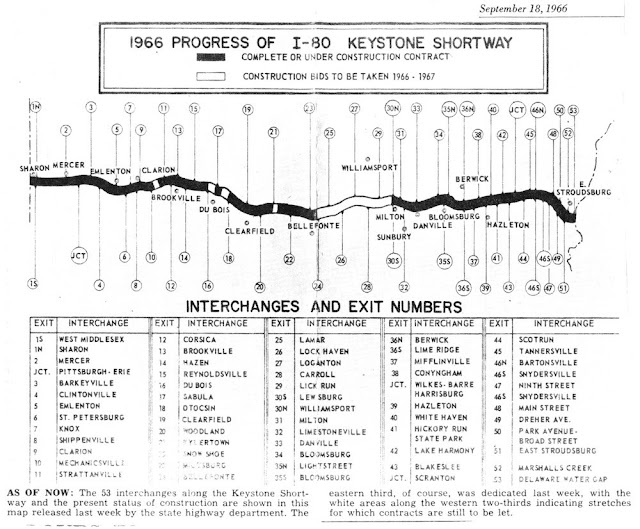 Their professions of factory work, agriculture, mining, and mills, started to change to retail sales, office work, and education. It seems like it took several generations to process these changes.
When we first moved to the farm I grew up in, the old wooden farmhouse had one rotary wall phone, and the phone shared service with 6 or 7 other houses on the little dirt road. The way this worked was: each house had a certain ring pattern, our house might have been 3 long rings, and another house might have 1 short ring and 2 long rings, so it meant that everyone sharing the phone line had to wait to pick up until they determined whose ring it was.

Another sign of the times was the old fashioned rotary phone.--Yes singular, not plural... Like the majority of households, there was just one at our house, and it was a wall mounted rotary phone. No speed dial, no missed calls directory, or address book here, unless you're talking about the bound paper one in the desk drawer with the multitude of scribbles from every move our friends and relatives ever made. Aaah, good times! 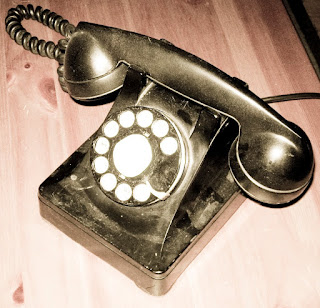 One neighbor had a line in his barn, and would eavesdrop on calls. My mom tells a story of a call where she was interviewing for a job and heard mooing in the background!
Another legendary family story from that era involves a little girl on the party line, who would get on the phone and "practice her numbers" counting to 100, slowly... and my parents, trying to make a call, started calmly asking nicely for her to end her call until eventually at its crescendo, they were shouting into the phone "HANG UP THE PHONE! LITTLE GIRL, HANG UP!!"

As a kid, the rotary dial was my nemesis. I remember dialing 6 numbers. --A tediously slow process, spinning them one by one  circular metal dial around until it hit the chrome finger shop bar, and then loosing my place and mis-dialing that last digit and having to quickly hang up and have to do it all over again! ugh. Touch tone was such a huge advancement, and especially that amazing new feature: the redial button! At first the re-dial button, for our family was on a rotary line, so while you hit one button to kick it off, you could hear the distinctive clicks happening to make the call. But that speed dial made winning radio contests SOOO much more possible.  I won many a free pizza thanks to that feature, thank you very much!

I was always fascinated by the way things work... and phones were really interesting, because the housings had so much wasted space inside. The guts of the phones were always pretty small, and the housings pretty large, and hollow.Another thing I noticed upon taking apart the old rotary phones was that the phone got it's power from the phone line. Unlike most appliances I had dissected, which were powered by batteries or via a plug to house wiring. One day my father, who worked as a university teacher, brought me an old rotary phone from his work, who had just upgraded their entire phone system. This office phone was a monster rotary phone with big, clunky buttons for multiple lines, a hold button and who-knows what all else... but basically the portion of the phone below the rotary dial was a row of clear Lucite buttons that would glow and/or blink when in use. They were very analog, and the desk phone had a large tangle of wires poking out of the back of it. To my surprise, when I cracked it open, the basics of the phone were identical to the guts of our normal rotary wall phone! I had to know: if I stripped all the crap related to the row of buttons, would if function as a normal phone? Long story short, it totally worked. the behemoth office phone, was returned to civilian life once again!

My family didn't live near our relatives, so long-distance calls happened quite a bit. However, I was taught well that: Long Distance IS EXPENSIVE! Taught never to make long distance calls before 11pm, when the rates went down. Other than learning to be careful of long distance charges, that bunch of years in there, where we used touch-tone phones and had multiple handsets, wireless phone-sets, blah, blah, blah. --I will just skim over this era since it's just kind of boring.

Around 2000, the internet was robust enough that Vonage was allowing people to connect their home phone wiring to a box that allowed us to make calls over the internet, for a mere $14 per month!! that was so cheap!

In 2003, I joined the rest of the US in finally breaking down and getting a cell phone. Having kids was what did it for me. I needed to be able to be reached at all times! It only took a couple of years before I realized that the only people calling my home phone were tele-marketers, and I was not willing to spend one penny to help those folks reach me!

Modern Day
These days I am living in California, and don't even have a "home phone." We just use cell phones.  I use Google Voice, a free web service that gives you a number, a voice mailbox, and can provide written call transcripts to your email address. I can also use Google Voice to make long distance calls using a local number. Great stuff!

It has been a long time, and a lot of miles, from the days of the party line and the clunky rotary phone. I feel like I really deserve to appreciate the smart phone I lug around. I get that much more joy from developing apps for Android (see Bubbles.)


This is the second in a periodic series of articles titled Analog to Digital, written by Denis Sweeney. Denis is a SF Bay Area User Experience/Visual Designer and author of the blog: Why Didn't I See This Before.
His website is www.Denis408.com
Posted by Denis408 at 3:44 PM